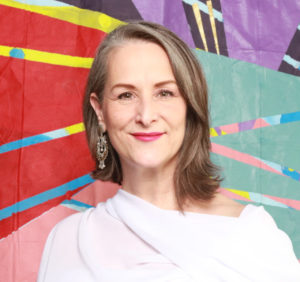 I’m a former journalist who spent over 20 years in digital marketing and technology, starting when I co-founded a digital agency in San Diego during the very early days of the internet. Our agency SiteLab built some of the earliest major commercial sites on the internet – one site had a $1M price tag! I became most well known for my expertise in search marketing, and I am considered a pioneer and influencer in search (we were doing SEO in 1996 and we bought the very first PPC auction ad on Alta Vista in 1997). I helped found the industry’s global trade organization SEMPO and range the bell at NASDAQ on Cyber Monday 2008, and worked on various boards such as ad:tech. I have a patent for SEO software that makes press releases rank higher in Google and Yahoo News, which was part of a native advertising/PR tech startup I launched called Newsforce. We sold the company to BusinessWire in 2010 and I moved to Chicago to work with Performics, a Publicis agency, running their global marketing and sales. I did the brand-side CMO route after that, working for a private-equity-backed crime scene cleanup company (!) and also a telecom competitor to Whatsapp. In 2015, I felt the urge to get back on entrepreneur track, and founded Balodana which operated in stealth until our launch at the end of 2018. I now live in the world of “fash tech” (fashion technology), and our Balodana platform helps global makers of custom women’s clothing to gain US market access through tech and services.

I love making new things and breaking new ground. My family hails from pioneer stock – my great grandmother moved to the Texas territories in a covered wagon and taught school in a 1-room schoolhouse. I have had incredibly strong female role models all my life, including my mom who is an artist and retired college professor, and my grandmother who raised a family of over-achieving creative types.

Find Dana Todd:
Want to connect or ask Dana some more questions? You can find her online here and contact him at any of the following places:
@danatodd and @balodanafashion
Twitter: @danatodd
Twitter: @balodanafashion

In our final 100th Episode Dana Todd joins us to talk all things marketing and digital. Listen and dig in with us as we cover a whole host of topics such as FastTech, Voice Apps, IoT & Appliances, PPC, Ad Innovation and more.