E107 – Is the Influencer Bubble Bursting?

Is the Influencer Bubble Bursting?

Thanks to Jack Appleby and a Twitter thread that he started and really researched. The thread from start to finish is great and full of additional articles, facts and examples that we simply don’t have time to cover.

Mat has a great micro influencer example of a young High School/College student with a small and local following that constantly moves all the product available in her town. She does this despite only having a few thousand followers, not a few million.

And yes we talked about Logan Paul. Despite losing a number of revenue streams he still was selling a ton of his own merchandise. Notice how he built his own brand and sold it whereas the story that spurred this idea was more of a weak partnership. This comes down to developing more of a partnership and finding the right influencers and give a listen to our past episode where we covered Tools for Influencer Marketing. 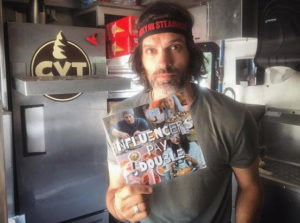 Not covered in the episode but relevant and an interesting story is the CVTSoftserve Food Truck out of LA that is tired of Influencers. The business owner is tired of people asking for free icecream and instead made a “joke” (or maybe he is really serious) about charging “Influencers” double. If you read his story in Vice you can quickly understand why he is beyond tired of influencers.

What do you think? Are you already tired of influencers? Do you leverage them for your business? Let us know in the comments.